A downloadable game for Windows, macOS, and Linux

An outsider wakes up in the harsh and beautifully indifferent desert. They find themselves  alone in a strange new frontier, without memories or purpose. Meanwhile, mysterious, other-worldly events terrorize the local inhabitants as the stars slowly begin to unfold.

MacOS- download and unzip.  Open from finder and right click .exe file to open.  If it still blocks unknown publisher, go to security and permissions to click "Open Anyway" button.

Linux- I don't have a linux system so I cannot test this build.

Feedback from 20 min demo, spoilers below:

Context: Feedback is written from an ADHD player’s perspective.

Menu Audio: Right as I opened the game, I found the menu selection fx to be rather daunting. Softer vfx is preferred, although it may not fit the theme of the game as much.

I notice that I get punished for going back and forth with rooms. I find it necessary to do so because my attention span is short and I tend to forget what room I was just in. Or if I have to get up, get a drink and want to see where I left off.

With that said, it also means if I misclick between rooms I also get +1 hunger, for a casual game perhaps it might be better if hunger gets added in bulk based on which cutscenes I have unlocked, maybe the hunger value might end up being similar but I believe it makes more sense.

One thing I noticed is that I am not certain what I am allowed to do, and what I am supposed to do. If I play a VN I expect to choose the dialogue option that best fits my desired outcome. Because the game has both dialogue and combat, I am not sure which part of the outcome I am controlling.

As of right now dialogue options don’t affect the outcome, but I suppose that is because it is a demo.

As a player, when not armed (or not being told I can do any damage), my natural response when I encounter a man with a gun is to just book it. I clicked away to a different scene immediately, but because the monster cutscene gets triggered anyways I felt like I was watching a movie rather than playing the game.

I survived the first chapter but I had no idea what I was doing the whole time. I was just spamming buttons between the 3 choices and I felt that all options simply work. I feel that with combat, if the options are pre-determined (if the enemy is unkillable and will escape later), I think at least I can be playing a mini-game and complete a challenge to unlock the next cutscene.

I played the demo and the was a problem I encountered. The game keeps glitching some sort of a black screen behind the sprites or characters. I don't know if it's my computer or the game

Overall the game has some great surprises and story ...I enjoyed the fight with the creepy werewolf

Ah it sounds like the alpha channel was desynching with the webm. I thought I fixed that issue but I guess it can still happen on other computers. Thanks for letting me know. And I appreciate you giving the demo a try :) 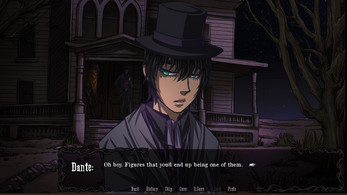 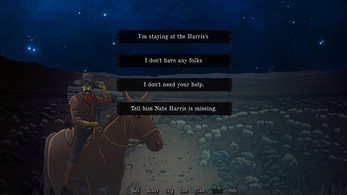 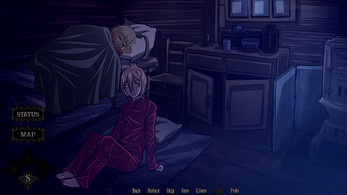 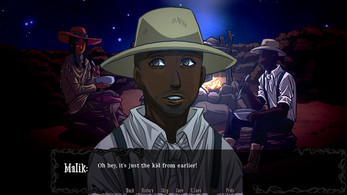 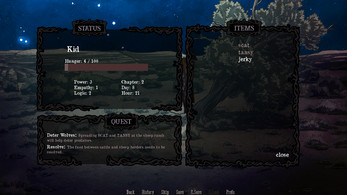